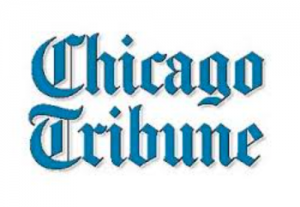 “If voters want to decrease the domination of Democrats in the Illinois House led by Speaker Michael Madigan, they’ll get their opportunity on the November ballot when 66 of the chamber’s 118 districts will feature a contested race…The candidates we like best — Democrats as well as Republicans — are independent-minded, fiscally prudent and know in their bones that lawmakers go to Springfield to serve the people of Illinois, not the political system.”

“Think it’s tough trying to get things done in Springfield? Try Barrington Hills. When Republican Marty McLaughlin became mayor in 2013, the Village Board split on issues was 5-2 and McLaughlin was one of the two minority votes. Still, he got his initiatives through, including a consolidation of 911 services that saved taxpayers millions of dollars. As an investment manager, he knows money. And he knows that because of the pandemic, revenue from state taxes will be a sliver of what they were before. Other states, he says, have decided to slash spending to brace for less money coming in. That’s the course Illinois should take as well, McLaughlin says.”